CERN is currently in the Winter Shutdown, meaning that experiments have a chance to upgrade for a few months before the particles arrive again. This means that we all get the chance to go down the 100-metre-deep shafts to see the LHC experiments: ATLAS, ALICE, CMS, and LHCb. Tours have to be booked quite a way in advance; you can’t just pop down when you fancy it. I went down with a PhD student working on a part of ATLAS to film an interview with him. While I’m at CERN I plan to make a series of interviews for a YouTube channel, aimed at students at college or university, to inform them of what a PhD at CERN could be about. It will also be good experience for me, cutting my teeth in the world of science communication; a lifelong goal of mine. 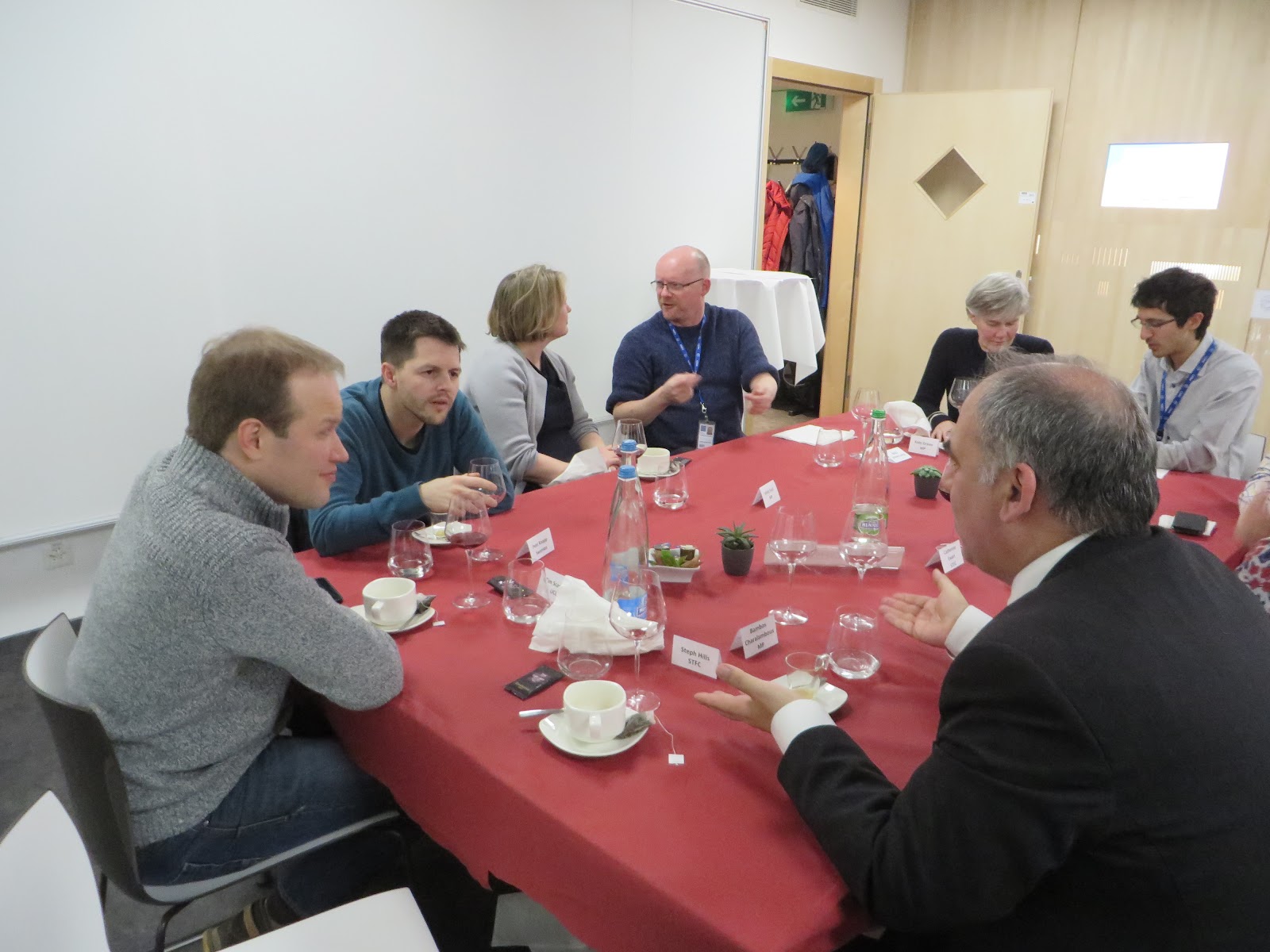 A group of twelve Members of Parliament came to CERN for a visit and I was asked to attend a meal with them to answer any questions they had about life at CERN, the Universe, and Everything. The aim of the visit was to build awareness of UK involvement at CERN and reinforcing political support for science. I have a feeling that the British government will be holding dear anything European after Brexit, and this may well mean having a greater focus on collaborative projects such as CERN. One MP I spoke with was Stephen Metcalfe, a former printer for 30 years, who will tackle the engineering skills gap in this year’s so-called Year of Engineering. “Should everybody study Mathematics until they are 18?” he asked. A fellow MP pitched in that he thought people knew by the age of 12 if they are good at Mathematics, but I disagreed. In my case I was mediocre at best at that age, mainly because Mathematics then was actually ‘numeracy’. I used the analogy that a great writer could be a bad speller, and, like in English, it takes some time to learn the tools before you can start to use them. The main issue with teaching Mathematics until 18 would be the examination; if you want to assess someone’s ability to solve problems in the logical ways that Mathematics trains people to do, it cannot be tested merely with a written paper.

Our gig at The Scene in Geneva was our first and last as our piano and bass player will be leaving research for a better paid and more secure job at Bosch. Our geeky band name ‘The Monopoles’ was mistyped as both the Monopolies and the Monopols - a Polish alcohol shop. The leader of the collaboration, Jeff Hangst, was doing the lights for us and helpfully turned them up to help me find a drumstick I accidentally threw at the singer during my drum solo.

A teaching job contract sits on my table, waiting for my signature. To start teaching again would give me a sorely-missed salary, the chance to travel again, a regular schedule, and an opportunity to share my experience of research with a group of students (who may then choose a life in science). Dancing around the globe, however, doesn’t help when you want to find a partner and start a more stable life. As far as I can see, neither does a life in science with it's short-term contracts and permanent positions being offered only to a few percent of applicants.

Decisions, decisions. One thing is for sure - I need to get my Masters thesis finished before the end of July...