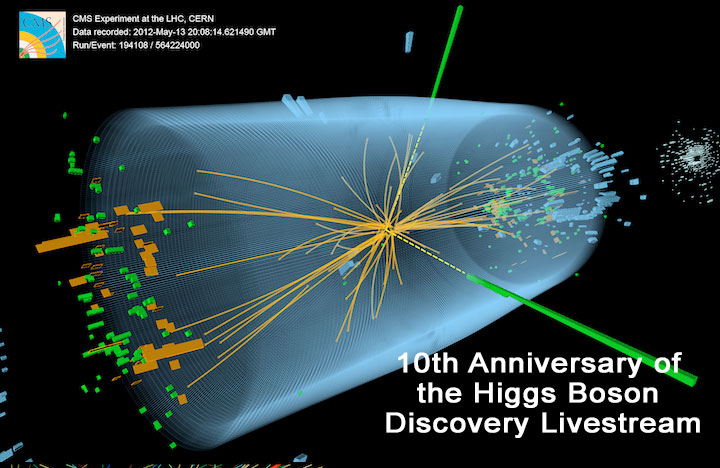 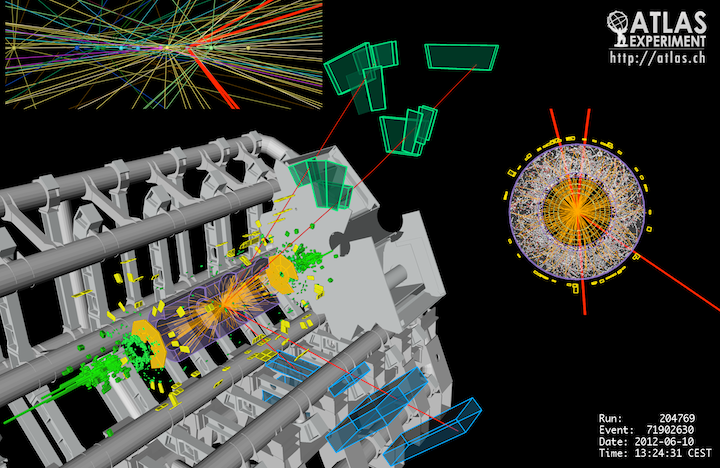 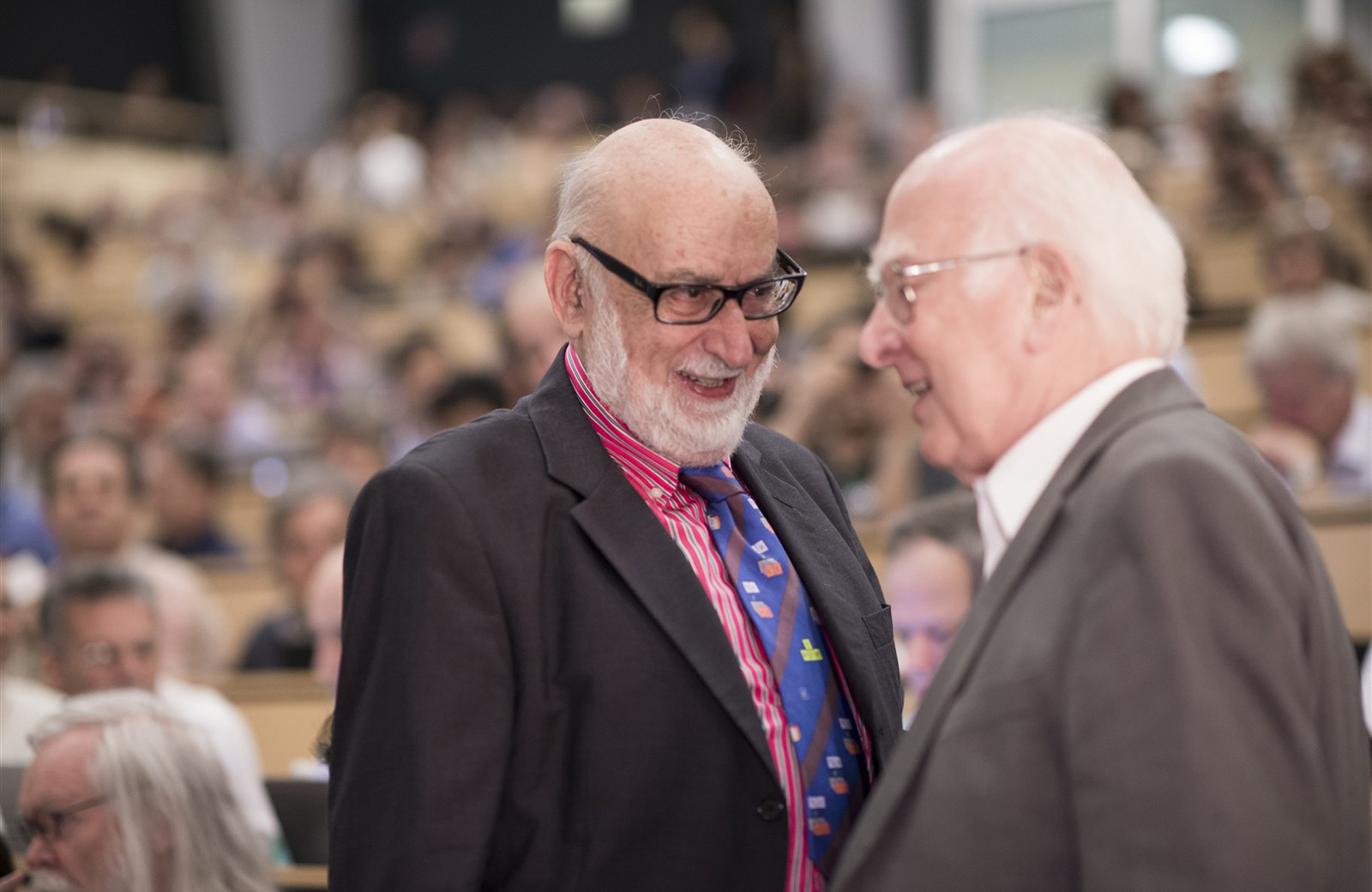 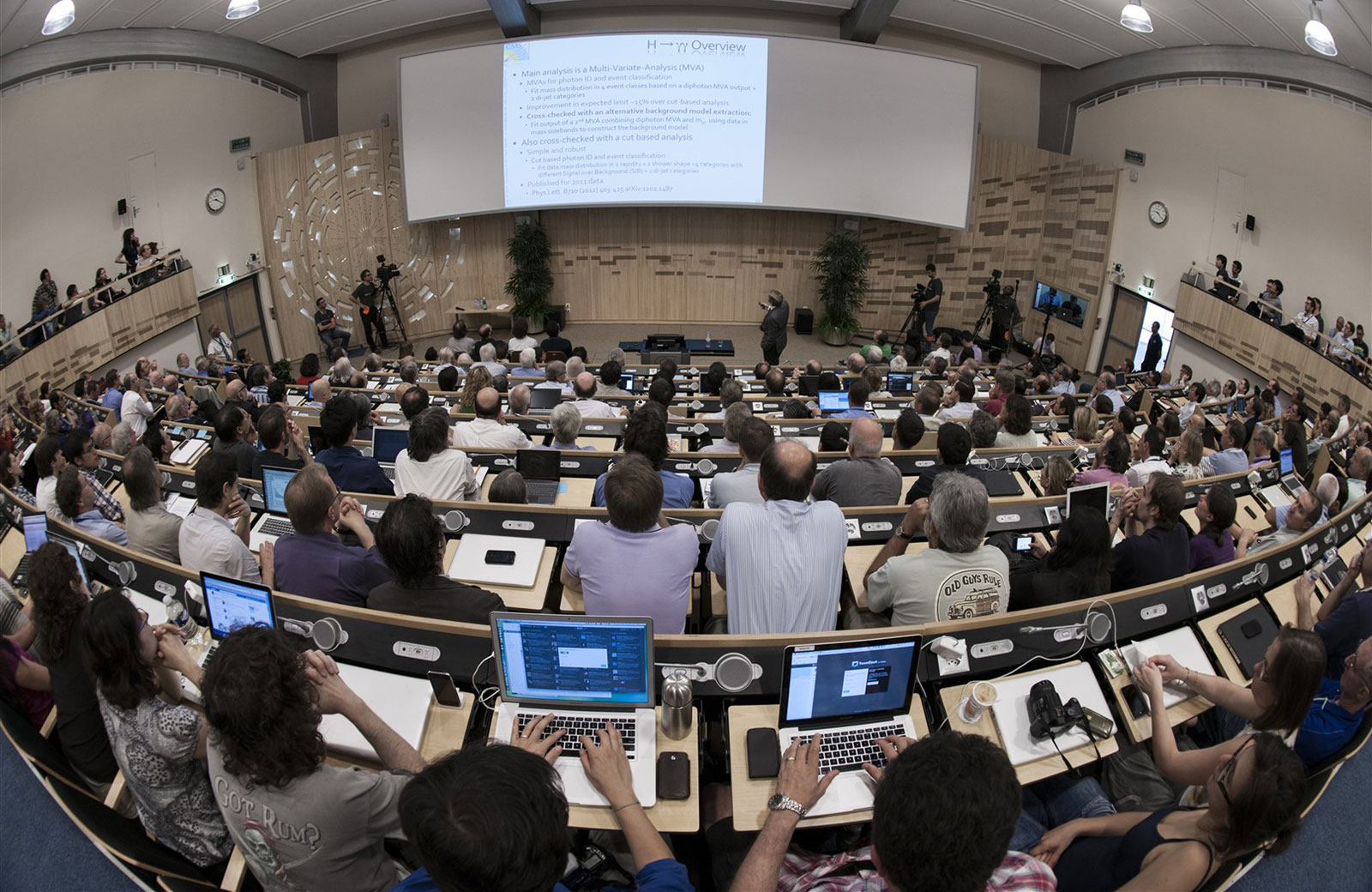 4 July 2022 marks the 10th anniversary of the announcement of the discovery of the Higgs Boson - the result of an unprecedented global collaboration. This page provides background, events and resources related to the anniversary and celebration of this historic event.

Click here to view the CERN symposium livestream on 4 July!

Check this page for events related to the 10th anniversary of the discovery of the Higgs Boson - including a Symposium at CERN and many others. 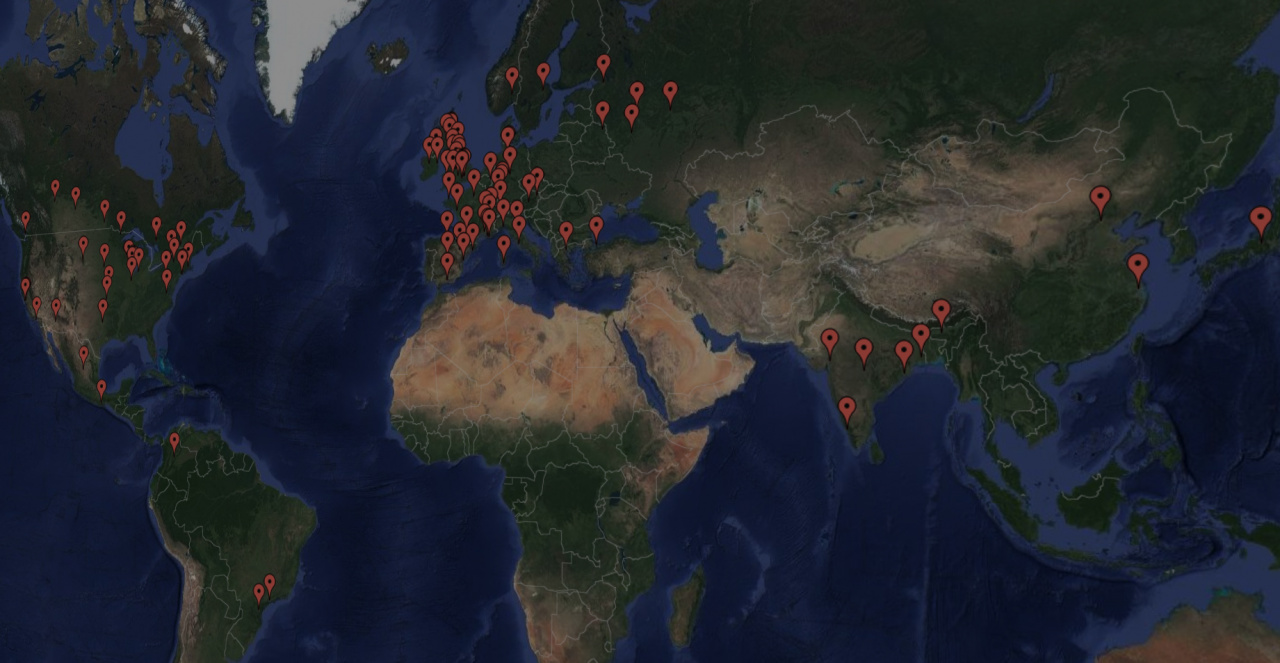 To mark the decade since the announcement of the Higgs discovery, the Interactions collaboration is publishing a new version of Quantum Diaries - with some original bloggers, and some newer physicists inspired by the historic discovery. 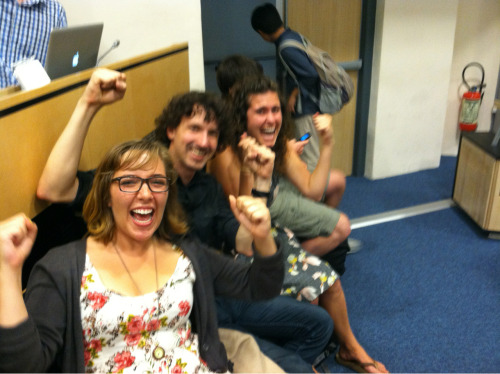 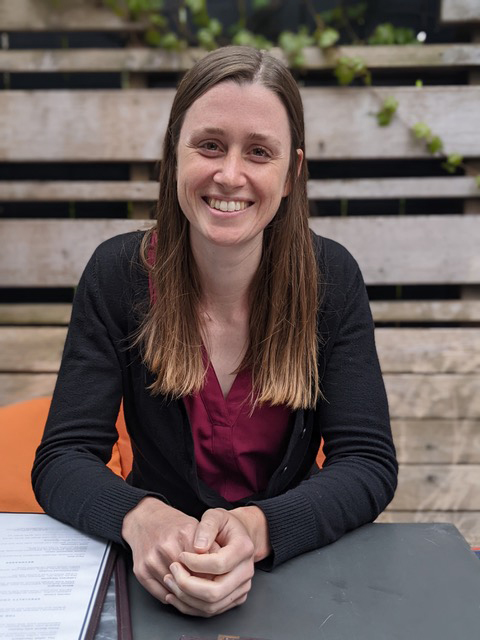 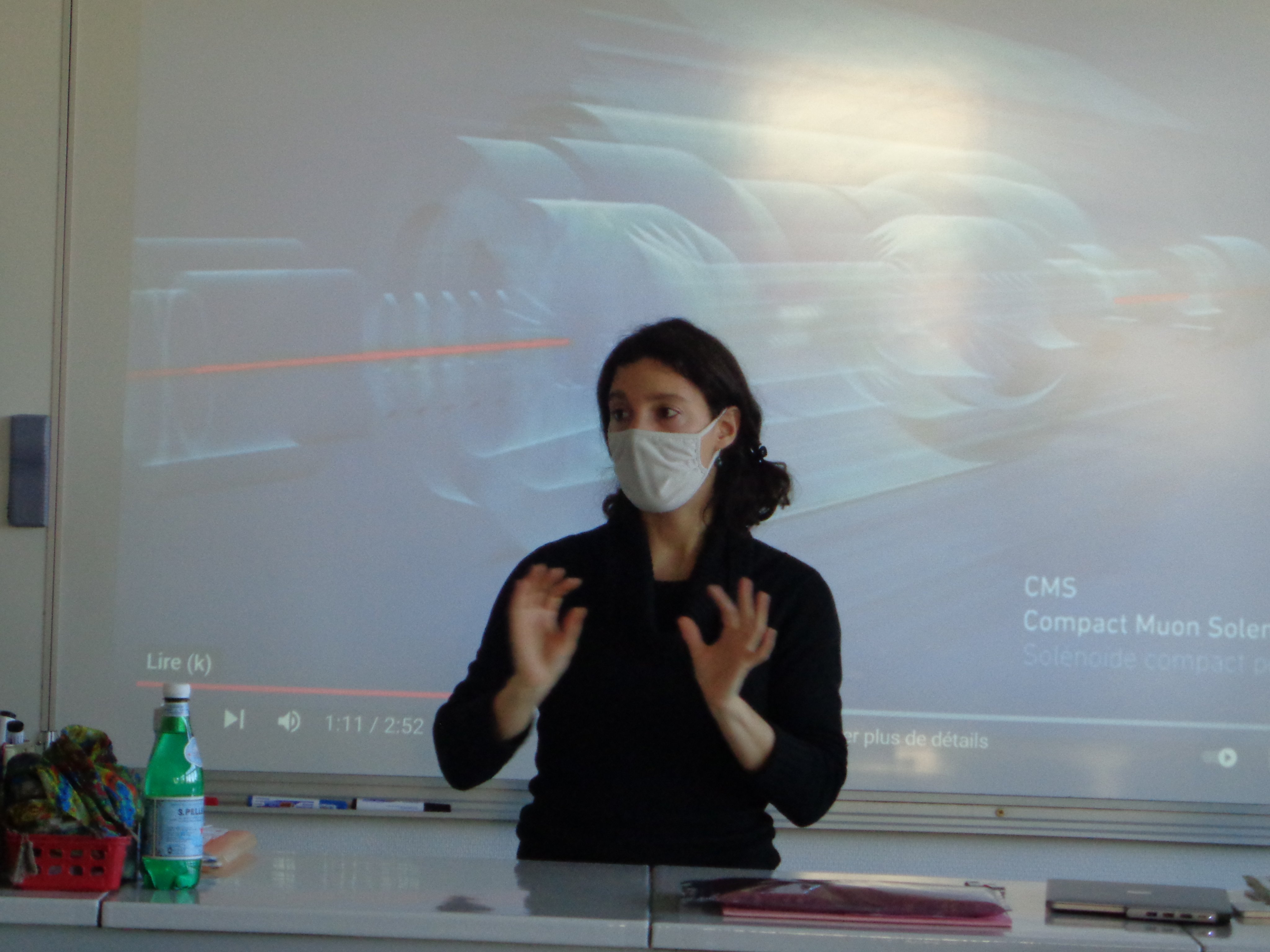 Discovery of the Higgs Boson 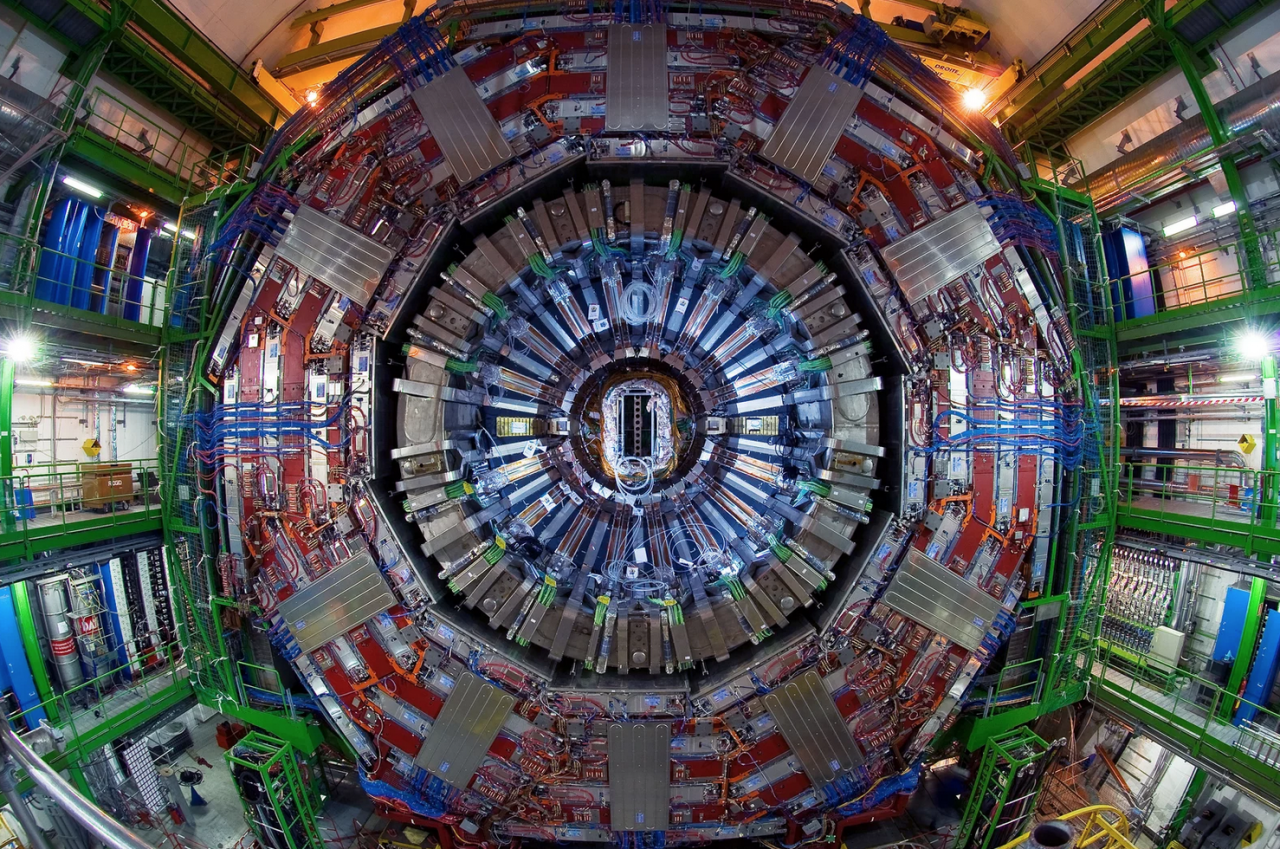 CERN Discovers A New Particle, Likely The Higgs Boson - 04 July 2012 - Two teams of scientists using the Large Hadron Collider at the European Organization for Nuclear Research, or CERN, announced in Geneva this morning that they have detected a new subatomic particle that bears the hallmarks of the elusive and highly sought after Higgs boson. In layman's terms, the Higgs is referred to as the "God Particle" because the field it produces gives atoms their mass. 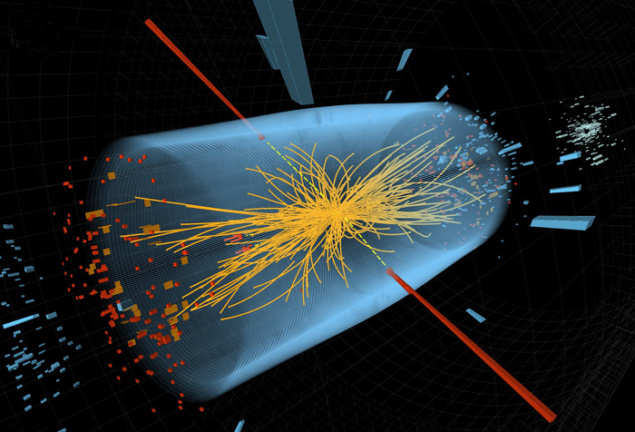 CERN discovers Higgs-like boson - 04 July 2012 - Physicists working at the Large Hadron Collider (LHC) have announced the discovery of the Higgs boson – or at least a particle that resembles the Higgs. In two special seminars this morning at the CERN particle-physics lab in Geneva, spokespeople for the LHC’s two main experiments – ATLAS and CMS – both reported measurements of the Higgs’ mass at confidence levels of 5σ. Any finding that passes this statistical threshold is generally, but not always, considered a “discovery” among the particle-physics community. 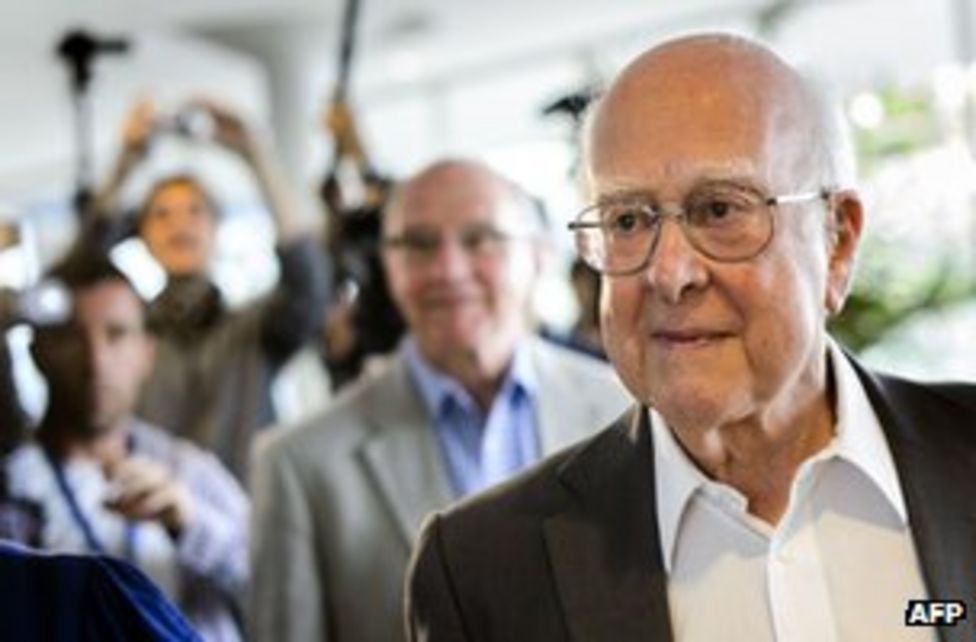 Higgs boson-like particle discovery claimed at LHC - 04 July 2012 - Cern scientists reporting from the Large Hadron Collider (LHC) have claimed the discovery of a new particle consistent with the Higgs boson. The particle has been the subject of a 45-year hunt to explain how matter attains its mass.

How the Higgs Boson Was Found - July 2013 - A famous story in the annals of physics tells of a 5-year-old Albert Einstein, sick in bed, receiving a toy compass from his father. The boy was both puzzled and mesmerized by the invisible forces at work, redirecting the compass needle to point north whenever its resting position was disturbed. That experience, Einstein would later say, convinced him that there was a deep hidden order to nature, and impelled him to spend his life trying to reveal it. 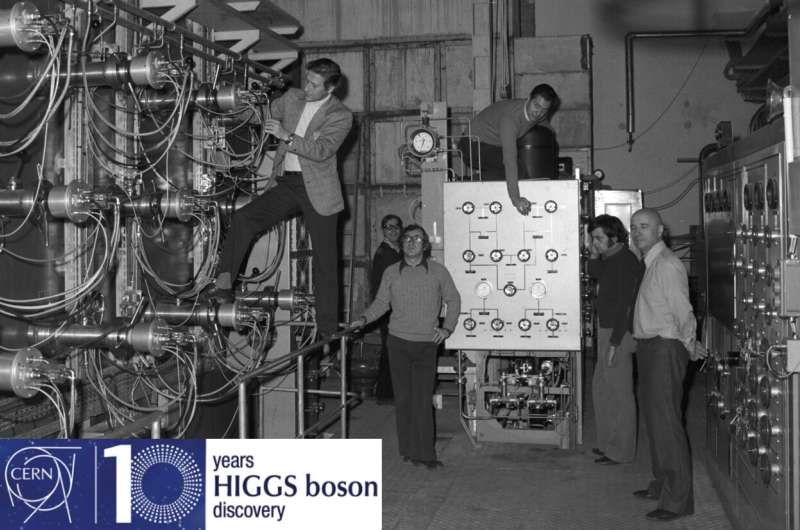 The Higgs boson and the rise of the standard model of particle physics in the 1970s - 12 July 2022 - At the dawn of the 1970s, the idea of a massive scalar boson as the keystone of a unified theoretical model of the weak and electromagnetic interactions had yet to become anchored in a field that was still learning to live with what we now know as the standard model of particle physics. As the various breakthroughs of the decade gradually consolidated this theoretical framework, the Brout–Englert–Higgs (BEH) field and its boson emerged as the most promising theoretical model to explain the origin of mass.