CUORE: The Coldest Heart in the Known Universe 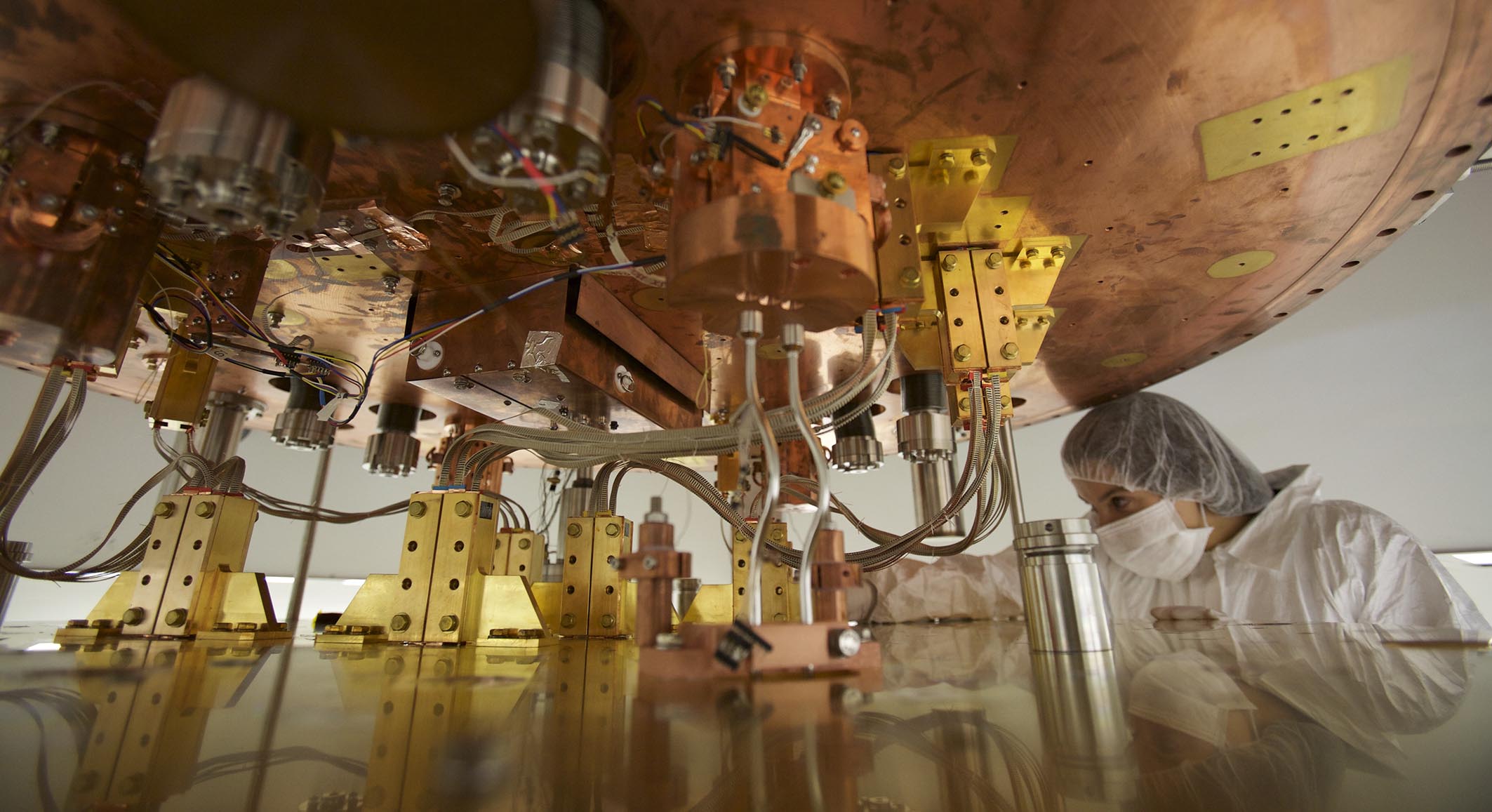 The CUORE collaboration at the INFN Gran Sasso National Laboratory has set a world record by cooling a copper vessel with the volume of a cubic meter to a temperature of 6 milliKelvins: it is the first experiment ever to cool a mass and a volume of this size to a temperature this close to absolute zero (0 Kelvin). The cooled copper mass, weighing approx. 400 kg, was the coldest cubic meter in the universe for over 15 days.

CUORE is an international collaboration involving some 130 scientists mainly from Italy, USA, China, Spain, and France. CUORE is supported by the Istituto Nazionale di Fisica Nucleare (INFN) in Italy; the Department of Energy Office of Science (Office of Nuclear Physics), the National Science Foundation, and Alfred P. Sloan Foundation in the United States.

CUORE (which stands for Cryogenic Underground Observatory for Rare Events, but is also Italian for Heart) is an experiment being built at the INFN Gran Sasso underground laboratory to study the properties of neutrinos and search for rare processes. The CUORE cryostat is the only one of its kind in the world, not only in terms of its dimensions, extreme temperatures, and cooling power, but also for the selected materials and for the building techniques that both guarantee very low levels of radioactivity.

CUORE is seeking to observe a hypothesized rare process called neutrinoless double-beta decay. Detection of this process would allow researchers to demonstrate, for the first time, the transformation of antineutrinos to neutrinos, thereby offering a possible explanation for the abundance of matter over anti-matter in our Universe. These transitions are only possible if the neutrinos are so-called Majorana particles, as suggested by Italian physicist Ettore Majorana in 1930s. The experiment will also be sensitive to the miniscule value of the neutrino mass. CUORE is designed to work in ultra-cold conditions at the temperatures of around 10 mK, i.e. ten thousandths of a degree above absolute zero. It consists of tellurium dioxide crystals serving as bolometers (radiation detectors which measure energy by recording tiny fluctuations in detector's temperature).

The cryostat was realized and funded by the Italian National Institute for Nuclear Physics (INFN); the University of Milano Bicocca coordinated the research team in charge of the design of the cryogenic system. When complete, CUORE will consist of approximately 1000 instrumented tellurium dioxide crystals. It will be covered by shielding made of ancient Roman lead, a material characterized by a very low level of intrinsic radioactivity. The mass of materials at the frigid temperatures near absolute zero will be almost two tonnes. An international team of physicists, including students and postdoctoral scholars from Italy and the US, worked tirelessly for over a year to assemble the cryostat, iron out the kinks, and successfully demonstrate its record-breaking performance.

In the most recent operational test of the cryostat, the temperature reached 6 milliKelvins, equal to -273.144 degrees centigrade. This is stunningly close to absolute zero, which is equal to -273.15 degrees C. No experiment on Earth has ever cooled a similar mass or volume to temperatures this low; similar conditions are also not expected to arise in Nature. This gives CUORE the distinction of being the coldest cubic meter in the known Universe.

The successful solution to a technological challenge of cooling the entire experimental mass of almost 2 tonnes to the temperature of a few milliKelvin was made possible through a strong collaboration with industrial partners of high profile such as the Leiden Cryogenics BV (the Netherlands), which designed and built the unique refrigeration system, and the Simic SpA (Italy), which built the cryostat vessels.